Meet the first-class line up of industry expert speakers you can hear from at this year's Fi Europe. 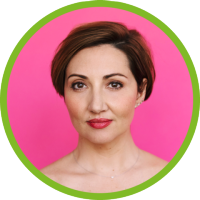 Christine Goulds is a global leader in agri-food-tech innovation, an energizing community-builder & an activator of breakthrough ideas that create lasting change in food and agriculture.

As the Founder & CEO of Thought For Food, she has galvanized a community of 30,000+ Millennial & GenZ entrepreneurs in 180+ countries who are dedicated to transforming food systems, for good. The programs she has developed have generated 8000+ breakthrough business ideas and helped to launch 70+ startups, who have raised hundreds of millions of dollars, formed partnerships with industry leaders, improved the lives of 500,000+ smallholder farmers & created 500+ new jobs.

In her previous roles, Christine has led external affairs, public policy, & corporate affairs functions for leading multinationals, fast-growing startups, think tanks & industry associations. She helped to establish the world’s first open-licensing platform for patented vegetable traits while working in a large agribusiness, which eventually led to a shift across the whole industry.

In 2021, she was appointed by the UN Deputy Secretary-General to serve on the Advisory Committee for the UN Food Systems Summit. Her work has been featured in MIT Tech Review, Forbes, BBC & The Economist.

Christine is the author of "The Change-makers Guide to Feeding the Planet,” the producer of 2 docu-films about next-gen agri-food-tech solutions, and has spearheaded global events in Berlin, Lisbon, Zurich, Amsterdam, Rio de Janeiro, and Rome. 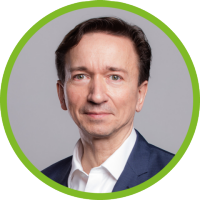 Dr. A. M. (Andy) Zynga, CEO EIT Food Before joining EIT Food, Andy built and turned around several businesses in Europe and the USA, including a successful exit for Open Innovation Service Leader NineSigma in 2017. The majority of NineSigma’s clients are from the Agri-Food Industry.

Other stations in his career include 6 years at KPMG Consulting, where he built an international telecommunication strategy practice, and 5 years at Vanco plc, where as CEO North America and Central Europe he was part of the Executive team that took the business public on the London Stock Exchange. Andy joined EIT Food as CEO in November 2018.

Andy holds a Master’s degree that combines Business Administration and Mechanical Engineering from the Technical University of Berlin, and he earned a Doctorate’s Degree with a thesis on (Open) Innovation Management from RWTH Aachen. 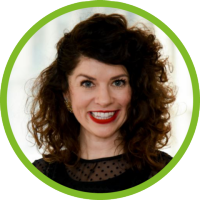 Dorothy Shaver is a registered dietitian who is a food system transformation thought leader with unique experience in driving change for positive health and environmental outcomes. She has dedicated her career to creating a world where nutritious food that is good for the people and the planet is accessible and desirable to all.

Dorothy’s current role is Global Food Sustainability Director for Unilever’s food brands, in addition to a founding board member of The Food for Climate League and Senior Nutrition and Wellbeing Advisor for syd (iamYiam) 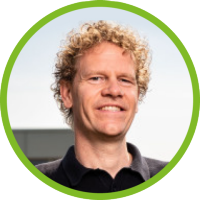 Huib Van Bockel is the founder of TENZING, a 100% natural energising drink and former Head of Marketing at Red Bull in Europe.

From 2006-14, Van Bockel was at Red Bull where he played a key role in the transition from an energy drink business to a media business. He led many of Red Bull’s largest projects including Revolutions in Sound, Air Race Ascot and Danny Macaskill’s Imaginate. In the UK he helped pioneer the current set-up of the Red Bull Media House, launching a magazine, TV channel, and significantly helped grow the digital and social presence of the brand.

Van Bockel started his career as a management trainee at Unilever where he received 6 years on the job expertise and training. He then moved to MTV Networks and gained invaluable experience in traditional and new (social) media, and was responsible for one of the worlds first social networks.

He is seen as one of the new marketing thought leaders where brands should behave more like publishers then traditional marketers. His book, The Social Brand was published in 2014, a blue print on how to succeed in the new social era.